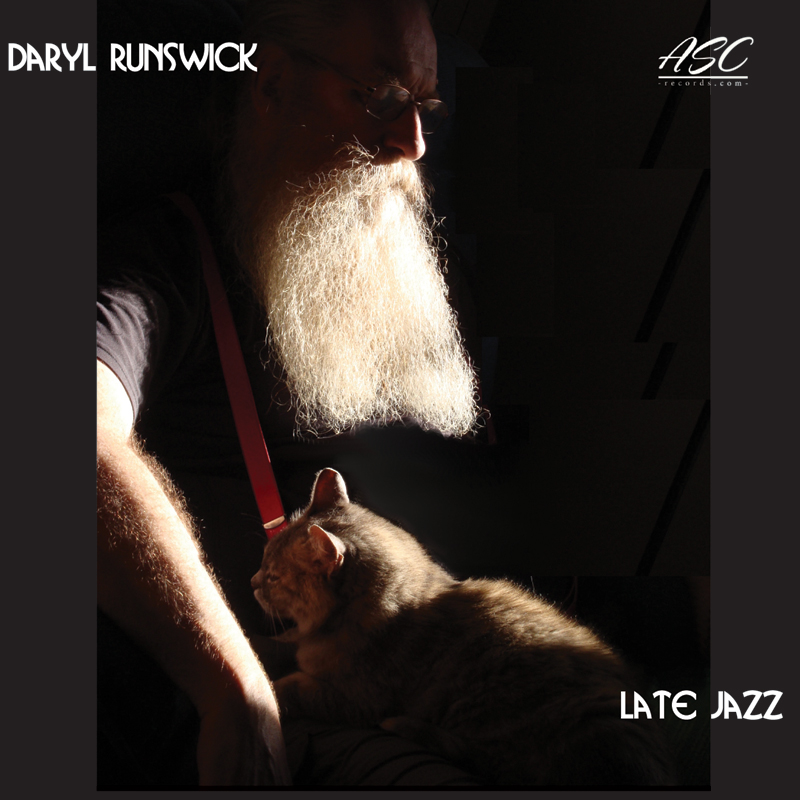 "This is mostly a piano album. Two of the tracks feature my specially-adapted guitars, the fretless alto and the piccolo bass, and four have vocals, but the basic unit is piano, sometimes solo, sometimes with bass, sometimes bass and drums (the wonderful Caroline Boaden). I call the album Late Jazz not only in honour of ‘that jazz time of night’ but also because, unlike all my other ASC releases, these are not historic recordings from the 1970s but new ones, often based around my One Man Show, in which most of them featured. So they’re late-period Runswick. The compositions too are recent (except of course the standards), all but one written since the Millennium. (Sulkin is from the 1990s.)

To You: the ‘you’ is of course my wife Alison Truefitt: she is the ‘you’ of everything I do.

Tea For Two (with vocals) can be heard – anywhere else you look – as an up-tempo novelty number (even Thelonious did it that way) but following in the magisterial steps of Dame Cleo Laine I do it as a tender ballad.

Sixes and Sevens has a latin beat with six-beat phrases and seven-phrase choruses.

Autumn Leaves (with fretless alto guitar): I devised a new, tangential chord sequence for this. I originally intended to superimpose my own tune, but the beautiful original insisted on creeping into my solo.

I Worry Sometimes (with vocals) takes its title from a line in Joni Mitchell’s song Court and Spark.

Clogs (with vocals) is a diatribe against the academicization of jazz, and contains a direct quotation from Miles Himself.

Makes a Start (a barrel-house blues for solo piano) was written as a show opener.

Things We Said Today (piccolo bass and vocals) is an old, neglected Beatles number which I sang to Alison when we first got together all those years ago. Now with her encroaching dementia it becomes even more poignant."
Daryl Runswick, May 2019

"...reinforces the fact that Runswick is a consummate musician" Roger Farbey, Jazz Journal