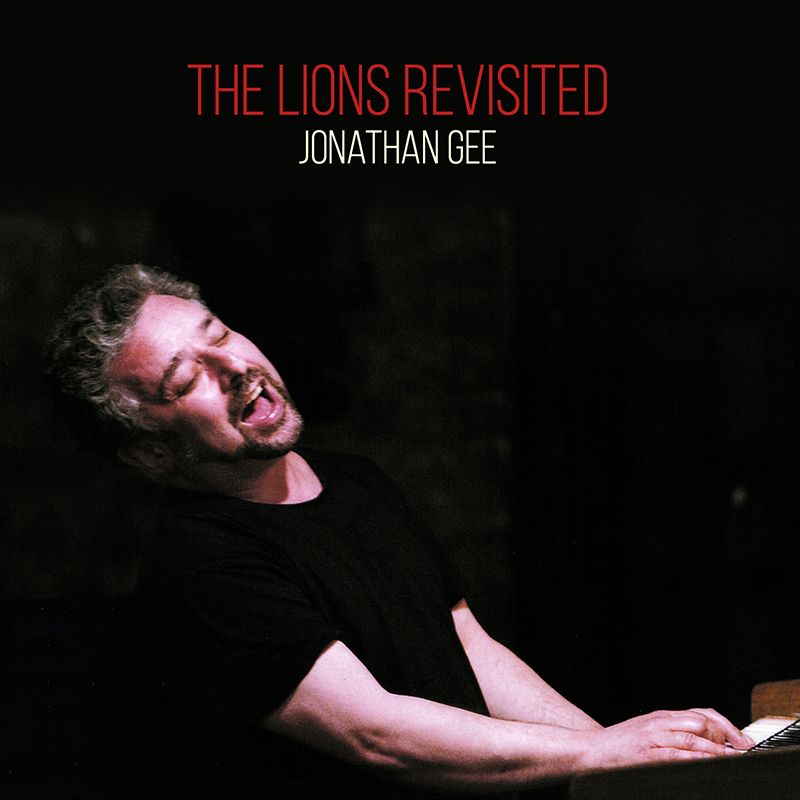 Jonathan Gee is one of the most imaginative composer-pianists operating today, with a succession of ever-enticing bands and projects. Here, Jonathan releases on ASC his first fully vocal album, The Lions Revisited. With eleven tracks recorded over two sessions, it features Jonathan on vocals and piano, with Andy Hamill on bass on five tracks, and guitarist Tommy Rem on one.

Two of the songs feature music and lyrics by Jonathan, and there are collaborations with both Kate Westbrook and Alan Franks. There are complete reworkings of Miles Davis’ Boplicity from Birth of the Cool, first arranged for Peter Ind’s 90th birthday gig at The Verdict in Brighton, and of the standards You Go To My Head, and But Not For Me. The Waters of March features Andy on ukulele bass, and Jonathan singing in both English and Portuguese. Finally, there are a remelodisation of You Must Believe in Spring, and Jonathan’s takes on Moody’s Mood for Love and McCartney’s Blackbird.

The song Cognac began as an electronic instrumental, which Jonathan sent to Kate Westbrook, asking for a lyric inspired by ‘Cognac’. She sent back a tour de force of a lyric; Jonathan created a melody connecting the lyric to the track that had inspired it, and then sent an accapella version to Andy, who proceeded to create a bowed accompaniment that sounded a lot like the original electro track he hadn’t heard. Thus, the creative process unfolds...